This rich, creamy pumpkin cheesecake is the perfect addition to your Thanksgiving spread! The gingersnap crust makes it crunchy and spicy. 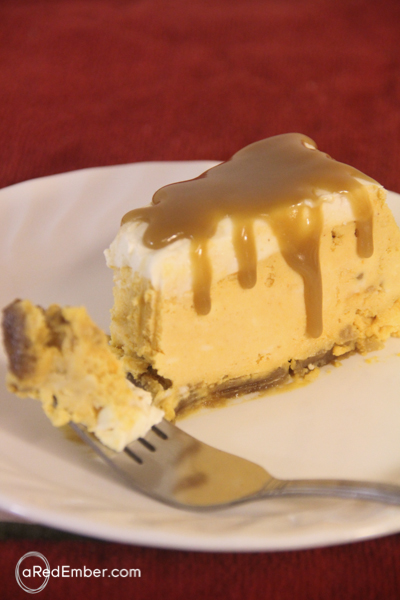 It’s not too late to add one more dessert to your Thanksgiving spread! You can never have enough. You might already gave pumpkin pie, but do you have pumpkin cheesecake?

This has been a fall favorite of mine for a few years now. It is so rich and creamy, you can’t go wrong. The crust is made from gingerbread cookies which adds a little crunch and a lot of spice. (Buy gluten free cookies to make this dessert GF). 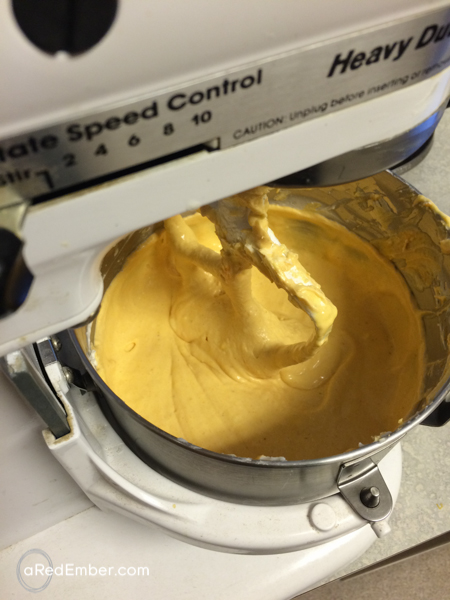 The first time I made this was in college and i didn’t have a mixer of any kind. So I mixed the whole thing up by hand. I advice you to not ever do that! Mixing cream cheese is quite the chore. But I have been hooked since that first bite! Since then I have always used an electric mixer.

I have made few adjustments to the recipe over the years and figured out the best way to make it. The recipe here is an adoption of Bon Appetite’s Pumpkin Cheesecake. But I love love love the second layer of sour cream that I have added to the recipe. I stole that from a family cheesecake recipe. The tangy sour cream flavor is a perfect compliment to the sweet pumpkin. Plus, it hides the imperfect top of your cheesecake so you never have to worry about the crack or slight sinking. 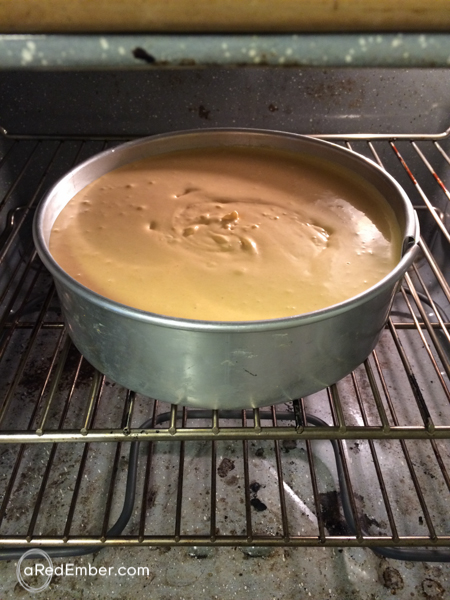 This year I made it for a Friendsgiving party we went to and it was a huge hit! Tons of people praised the cheesecake! I swirled caramel over the top which was absolutely delicious and very pretty. 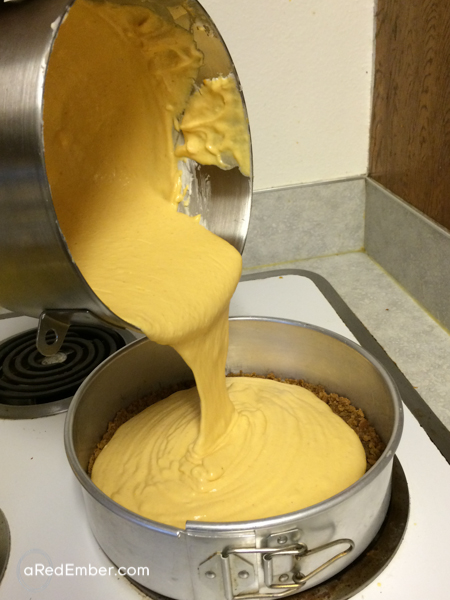 I posted this picture on Intagram last weekend and a couple people mentioned they thought it was ground beef and velveta cheese….

I was talking about adding bourbon to the sour cream top… might be delicious, might be too much. Next time. 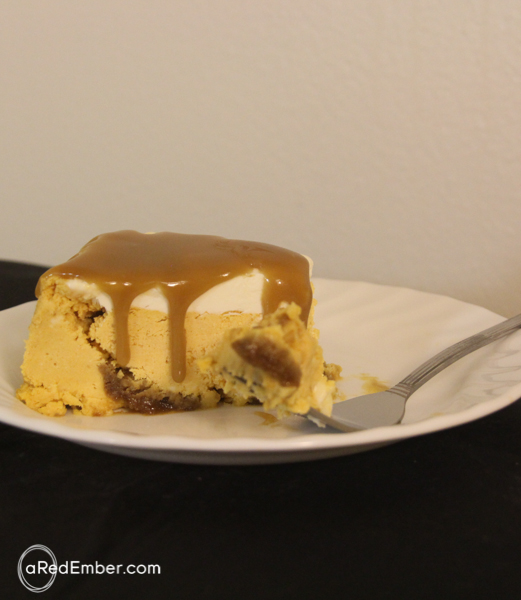 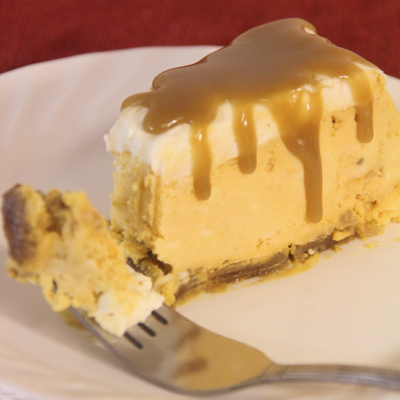