What’s Portland known for? Craft beer. And there is no shortage of that here. With 60+ breweries in Portland you are never too far from a superior pint. In our 2 years of living in Portland, we have been to many breweries, but definitely not all of them. Breweries tours are a common activity when friends come to visit and we have our path marked down. Bonus – they are all in walking distance. This list is only of NW Portland because that is where we live. There are so many fabulous ones on the east side but that would require alternative transportation and this is a walking tour.

Lace up some good walking shoes as I take you on our tried and true brewery tour or NW Portland.

PS. I am maybe not recommending you have a beer at all of these places. It’s going to be a long day so pace yourself or maybe share with a friend. And eat. 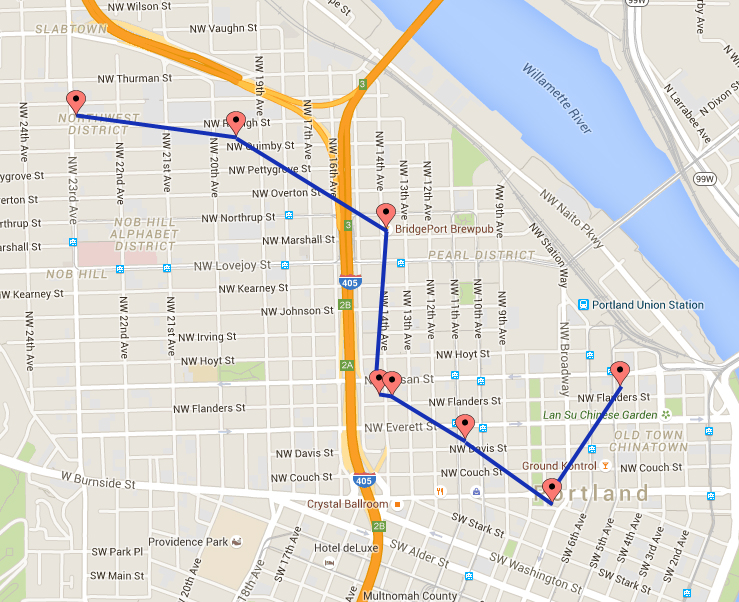 We live on NW Marshall Street so we are starting there and heading over to Lompoc Tavern on NW 23rd Ave. If it’s warm out, it’s nice to sit outside and enjoy the sun. They have a good variety of both dark and light beers to choose from.

A few blocks away is the Lucky Lab. They brewery has tons of seating both inside and outside. It used to be a freight liner warehouse so it has tall ceiling and huge garage doors. There are games there to play and their pizza is pretty delicious. It’s also a dog friendly spot (you have to be with a name like that) so there are plenty of friendly puppy faces around.

From Lucky Lab, Bridgeport is about 7 blocks away. Always try their season or limited releases. They are always very unique and delicious. A taster might be a good idea here that way you can taste a bunch of different beers. There is seating downstairs for meals or head upstairs to the bar for open seating. 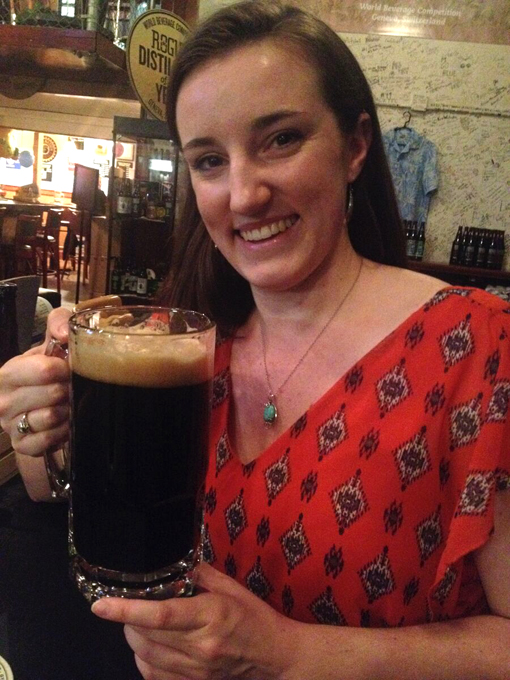 Rogue is probably my favorite NW brewery. Not only are their beers are amazing and experimental, but the atmosphere is very laid back and fun. They are always experimenting with different unique beers which is fun. Plus, they have started a liquor line that is phenomenal. I know this is a beer tour, but I recommend the gin with cucumber soda if you want to stray from beer. The Hazelnut brown is my favorite. It’s dark and nutty and oh so delicious. And if you are a Rogue Nation member you get discounts on beers and a free beer on your birthday. That gigantic beer in the photo above was from my birthday.

10 Barrel is also out of Bend and a new Portland addition. I have only been a few times but never disappointed. It’s busy right now because it is still fairly new. They have quite a few IPAs to choose from that are all super delicious. Their summer beer, Swill, is a popular grapefruit beer. I am not huge fruit beer fan, but other people really like it. 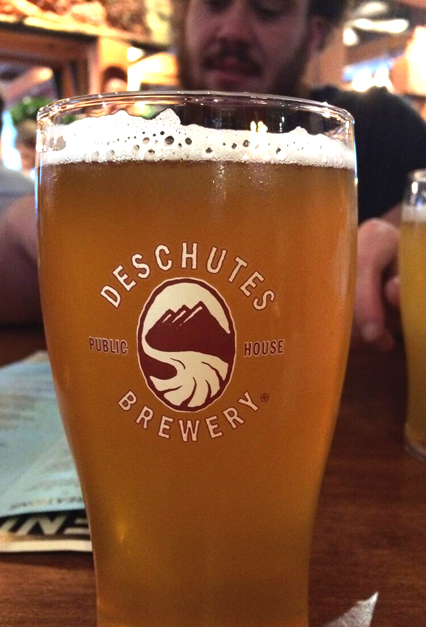 Another few blocks away is Deschutes. Deschutes started in Bend, but opened a tasting room in Portland. This place is always busy. Always. If you are planning on eating here prepare for a wait. Even the bar area is packed all day long. But it is well worth your time. I don’t think I have ever had a bad beer from Deschutes. Fresh Squeeze is my favorite Deschutes beer. They just started bottling it so it’s now available outside of Oregon.

Tugboat is a little trek from 10 Barrel. So if you are feeling like you need some more beer. Head down there. If not, call it after 10 Barrel. Tugboat is the smallest and oldest brewery in Portland. And it is tiny. It feels old and you know it is holding so many stories and so many secrets. Their beers are a little different because they are unfiltered and allow the yeast to live and continue to ferment in the kegs.

Just a few blocks from Tugboat is Pints. I have only been here once, but it was great. They have a little outside seating that is nice in the summer.

That concludes are NW Portland Brewery Tour. It gives you an idea of the variety of breweries and variety of beers that make up Portland’s craft beer scene. Next time we will hit up the East side!

Share in the comments your favorite Portland Breweries I should explore! 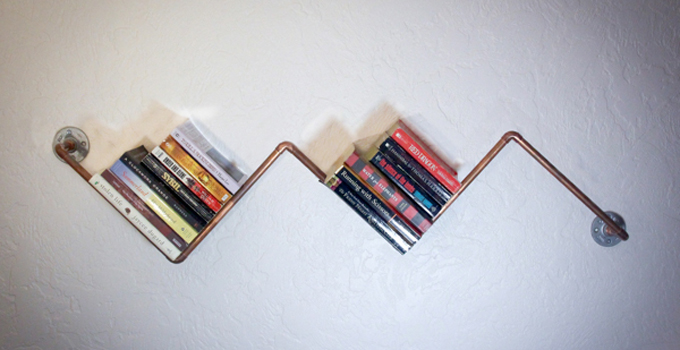