Of course, no bridal shower is complete without the games! Earlier, I wrote about the decorations at Stephanie’s bridal shower, now it’s time for the games. Bridal Shower Mad Libs was HILARIOUS! It was a fantastic way to break into the party and get to know the guests. 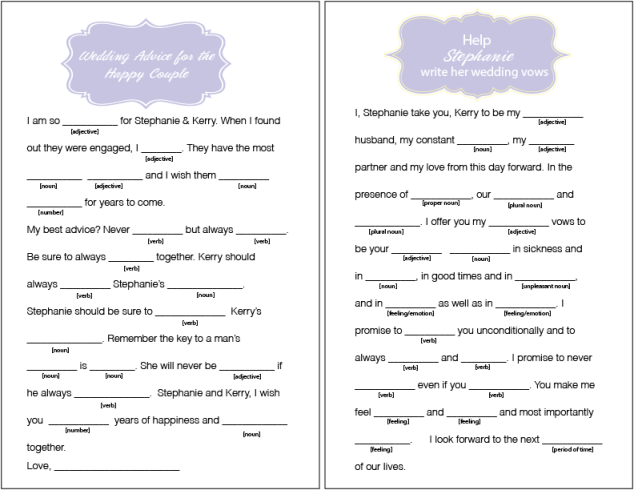 I found this game idea online and thought it would be a perfect ice breaker for the party. I mixed a few variations together until I came up with these two different Madlib sheets.
Since Kerry and Stephanie had decided to write their own vows, I thought they might need a little help. So the first Madlib sheet was spin-off of the traditional wedding vows. The second sheet was filled with advice for the happy couple.
This game was hilarious! Seriously. Everyone had so much fun and the answers were goofy and unique. I hope Stephanie and Kerry really took the advice to heart because there were some important tips in there.
BRIDAL SHOWER MAD LIBS UPDATE: I have had so many of you email me for an editable version of this mad lib game. Seriously, it’s insane how many people love it and are looking to play at their bachelorette party or bridal shower. Since I have received so many comments, I decided to add a free download of the game. Unfortunately, the game was created with InDesign so it is difficult to edit if you are not familiar with the program. I made a few changes and created a simple one perfect for everyone to use! Instead of including the happy couple on the sheet, they are now blanks to fill in, bride and groom. 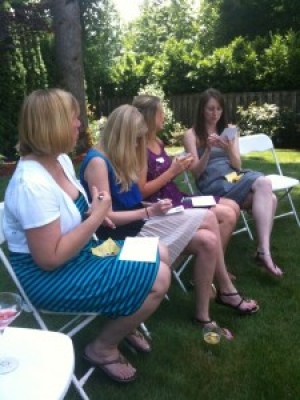 The second game we played was Crowns and Mustaches, another game I found on other blogs. 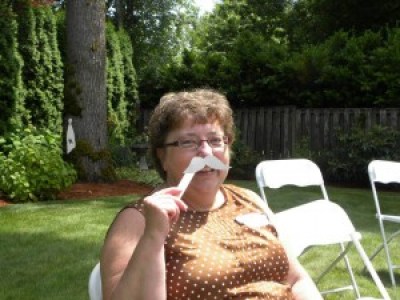 Before the party, I asked Stephanie and Kerry to answer a series of questions such as, what was your favorite date, who said I love you first, etc. Then I searched their Facebook pages for some funny quotes.
Each person is given both a mustache and a crown that has been glued onto a popsicle stick. After I read an answer, the guests had to guess who said the quote by raising either the crown, mustache, or both. The person with the most answers correct won. 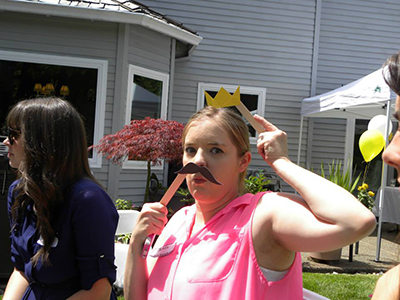 It was a great way to get to know the couple a little more.
Plus the mustaches stayed with us through the bachelorette party that night and made for some excellent pictures! 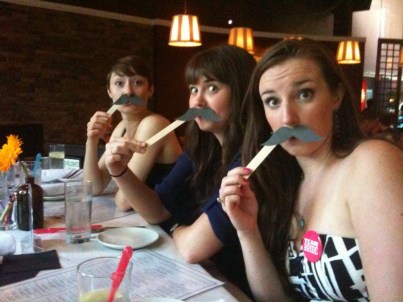 « Stephanie’s Bridal Shower
Here’s to a Life in Portland »